IN THE NAME OF JIMI

The video of the moment in which the song "HOODOO MAN" was recorded,

contained on the "Anthony Basso" disc.

Live @ MountainVilla Studios in Chiusaforte (UD), Italy, the mountain house used as a recording studio where the whole album was recorded.

by entering everyone's homes between February 12 and 14.

Next week the Canadian edition headlined by Steve Earle and Tom Morello.

Shots from the ALBUM RELEASE CONCERT

Available on the main online music stores and platforms!

"In a plastic world, where all natural values seem lost, there is still someone who love, dream, live through positive vibrations, who love mankind beyond all its despicable actions and outbursts of daily frustration..

There is still some good, you just need to want it, look for it and listen to it.."

Music to feed your Mind and Soul.. PEACE!

RIDIN' WITH A SIREN

on the main web streming and online platforms!

Shots from the Road...

The First, the Real and the Original Italian Musical Project dedicated to the 50th Anniversary of the legendary WOODSTOCK Festival 1969 !!!

Love Caravan is the First, True and Original Italian music project that was created to celebrate the fiftieth anniversary of the WOODSTOCK Festival in 1969 and brings back the classics of that memorable event that over time has become a symbol of a cultural and artistic era.

A big and colourful Hippie-style party, musically and visually accurate, a dynamic concert of high musical level presented by ten of the best professional musicians of Friuli Venezia Giulia, led by Anthony Basso, established Front-man active on the international Rock Blues scene with over twenty years of musical experience on some of the most prestigious European and American stages.

Shots from Light Of Day Winterfest 2017

Anthony Basso played and acoustic set on January 13th at "The Stone Pony" in Asbury Park, New Jersey, U.S.A. and got on stage at the historical "Paramount Theatre" joining the LOD choir with Joe D' Urso and The Stone Caravan for a smokin' version of Neil Young's classic "Rockin' In The Free World", and for the final big Jam along with Joe Grushecky, Willie Nile, Joe D'Urso, James Maddock, Eddie Manion, Jake Clemons, Jesse Malin, Vini "Mad Dog" Lopez, Anthony D'Amato and many others.

Many artists, singers and actors are supporting the cause, and through the years this Festival have seen the presence of personalities like Bruce Springsteen, Willie Nile, Joe D'Urso, Steve Earle, Michael J. Fox, Danny De Vito, Joe Grushecky, James Maddock and many many others.

FRANK GET and ANTHONY BASSO

Live at the BOWERY ELECTRIC

Anthony Basso and Frank Get performing together at the Bowery Electric in New York City on Sat. January 21st. 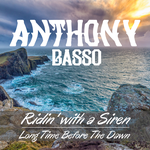 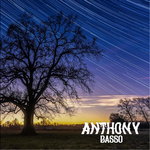 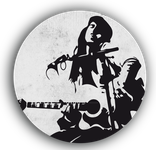